Agave Nectar vs. Honey: Which Sweetener Is Better?

There are many natural sweeteners on the market, including molasses, monk fruit, maple sugar and syrup, coconut sugar, stevia, xylitol, erythritol, and others. Most of these natural sugars come from fruits, plants, or even wood. But, the two biggest contenders in the world of natural sweeteners boil down to these two giants: agave nectar and honey.

While, in the end, it may simply come down to personal preference, both agave nectar and honey have their advantages.

What is Agave Nectar?

What is this sweet, non-sugar, sugary-tasting substance? While it may sound like a complicated concoction, it’s actually just juice derived from the agave plant and then filtered, heated, and broken down into simple sugars to form agave syrup.

So, how do you get agave nectar?

Agave is a plant that grows naturally in Mexico and some parts of the southwestern United States. With long, stiff leaves and a large base, the sap is harvested to produce the sweet liquid known as agave nectar or sometimes referred to as agave syrup.

The plant itself has long spikey leaves that are removed to harvest the large bulb of the plant. This portion of the plant is then pressed to extract the sweet sap, which is eventually heat-processed into what we know as agave nectar.

Honey is a sweet, all-natural substance made by honey bees and minimally (if at all) processed. (However, it can be eaten raw as well and is more nutritious in this form.) It is the product of pollen and nectar collected from plants and flowers by honey bees and then processed by the bees to eventually be turned into a sweet, thick, sticky syrup-like substance.

We all know that honey comes from bees, but do you know the whole process involved in getting the honey from the bees to you?

Honey bees collect nectar from flowers and keep it in their storage stomachs (called “crops”). Their crops release enzymes that help change the constitution of the nectar in its first trek toward becoming honey. When the bees return to the hives, they regurgitate the honey and pass it onto “house” bees (this is called trophallaxis), which then continue to process the nectar by chewing it and breaking it down into simple sugars. This preparation is then deposited into cells and then fanned with the bees’ wings to help the dehydration process, which eventually creates the substance we know as honey.

The honey must then be removed from the waxy containers where it is held by the bees in order to bring it to you. It may be eaten in its raw form or pasteurized to prevent crystallization.

The benefits of agave nectar are many. The substance boasts phytonutrients that may help support immunity. It’s also very allergy-friendly in that very few people have any type of reaction to it.

Agave is also extremely sweet—sweeter than sugar. That has its benefits. One great benefit is that you can use a lot less of the substance than you would other sweeteners, like sugar, for example, and still experience intense sweetness. Less agave syrup needed means fewer calories, and for those following a relatively strict diet plan, this can be a godsend.

Agave nectar also contains a substance called inulin. Inulin consists of naturally occurring polysaccharides, which are a type of fiber called fructans. In the United States, inulin is often added to foods to boost their nutritional value. Inulin is also beneficial for the digestive system as it improves your intestinal flora and helps regulate your system. And the addition of inulin in foods also helps boost the overall sweetness as well, without the additional calories as it only contains about 30% of the calories of its counterparts: carbohydrates and sugars.

Speaking of sweetness, although it’s extremely sweet, agave nectar is fairly low on the glycemic index. This is the system that shows how much certain foods spike your blood sugar. Agave nectar doesn’t have much of an impact on your blood sugar, which means it may be a good option for those managing blood sugar issues and metabolic syndrome.

Agave has a smooth, sweet flavor and is good for many uses across the cooking spectrum, including baking, use in tequilas, and as a general sweetener.

Agave is also considered vegan, whereas honey is not. Because honey is processed through the bodies of bees and then regurgitated into cells, some consider it to be an animal byproduct. Although honey is a benign product of honey bee activity, it nonetheless does not fall in the constraints of the strict vegan guidelines. Agave nectar, however, has no such animal involvement and is therefore considered consistent with vegan principles.

Honey has been touted to help boost your immune system and even help minimize allergies. Consuming raw, local honey may help immunize you against the allergens in your area by exposing you to small amounts of localized pollens from plants in your region.

Honey can also taste much different from batch to batch, depending on where it is sourced and which types of plants and flowers the pollen came from. Flavors can vary from mild and smooth to dark and intensely flavored, depending on the source of the nectar collected.

Honey also contains antioxidants. Usually, darker honey will have a more potent flavor and a higher level of antioxidants. The high antioxidant levels make this a nutritious addition to your dietary plan.

When choosing honey, opt for the natural, unprocessed (local sources are great!) versions, as honey is often processed by heating to reduce crystallization. Honey is also higher on the glycemic index—on par with white sugar at a level of 58 (in contrast to agave, which maintains only a 19), meaning you will most likely spike your blood sugar when indulging in it.

So, which sweetener is better—agave nectar or honey? It’s going to depend on your dietary goals and personal preferences. But, all in all, you likely can’t go wrong with either one! 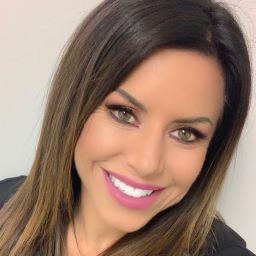