Raw vs Cooked Vegetables: What’s Best For Your Health?

Q: I’ve been making a huge effort to eat more vegetables and have a few recipes I absolutely love, like Coach Cristina’s Bacon Brussels Sprouts and Buffalo Cauliflower. In fact, I love them so much that they’re my go-to recipes for summer potlucks. Recently, a friend at one of these get togethers said that if I really wanted to eat healthfully, I should eat vegetables raw as they’re so much more nutritious; she said cooking “kills most of the good stuff.” Is this true? Does cooking ruin vegetables? Is there a big difference between raw vs cooked vegetables?

A: Clara, it’s amazing how polarizing and nuanced nutrition can be made out to be—even when it comes to something as simple as how we prepare and eat our vegetables. First, let me please reassure you: The fact that you’re eating more vegetables—raw or cooked—is the most important thing. Keep up the great work! (Those happen to be two of my favorite recipes from Coach Cristina, and they always receive rave reviews!)

Making the effort to eat more vegetables—even if you think you’re already eating enough, or you eat more than most—is a worthwhile endeavor. After all, according to the Centers for Disease Control and Prevention, a mere 1 in 11 adults meets the federal recommendations of 2 to 3 cups per day of vegetables per day.

And when it comes to raw vs cooked vegetables, raw doesn’t necessarily mean you’re getting more nutrients. After all, it’s not what you eat, it’s what your body absorbs from what you eat. Along those lines, cooking vegetables can liberate certain nutrients (that would otherwise be sequestered by veggies in their raw state), making them be more readily available to the body.

In addition, cooking helps make veggies easier to chew and digest. Cooking your food generally makes more of calories available absorption; that may not be such a big deal when it comes to fibrous, leafy veggies, but it can make a substantial difference in the energy availability of starchy vegetables (e.g., raw potato = 101 calories; baked potato = 193 calories).

Vegetables That Are Healthier When Cooked

Some of the vegetables that may be more nutritious when cooked include:

How you cook your vegetables also matters. When possible, choose to steam over boiling as you can lose valuable nutrients (e.g., vitamin C) into the water, which gets dumped. And of course, avoid any recipes that called for deep frying your veggies.

If your favorite recipe is boiled though, don’t fret. Just eat more of the vegetables or use the water in the rest of your meal prep (such as to cook rice or quinoa) to save some of those valuable nutrients. And if you have a recipe that involves the deep frying, you can likely find a similar recipe that involves roasting instead.

Vegetables That Are Healthier When Raw

Now, just because some of your vegetables should be cooked, that doesn’t mean that you should never eat raw veggies. Some of the nutrients found in foods can indeed be damaged during cooking, such as the water-soluble B vitamins and vitamin C. Raw vegetables also provide natural enzymes which may support digestion.

Some veggies you may want to eat raw at least some of the time include:

There’s really no need for a raw vs cooked vegetables debate with your friend. At the end of the day, it’s most important to ensure you’re eating plenty of vegetables, and ideally, you’ll enjoy some raw as well as some cooked. And if you don’t absolutely love raw vegetables, Coach Cristina has some delicious low-calorie dips that might just change your mind—while adding even more healthy options to your table! 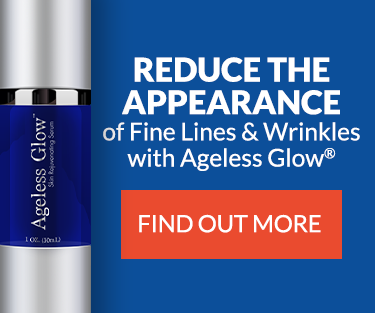 What Does an Avocado Do For Your Body?