Is Willpower Limited or Unlimited? We Break it Down

After a long, hard day of getting to work and meetings on time, battling sometimes unrealistic work deadlines (perhaps with constant interruptions from chats, emails, or coworker drive-bys), and somehow even saying no to the offer of your favorite high-calorie, high-sugar, highly caffeinated latte (maybe with a tasty pastry on the side)… is it any wonder you just want to crash on the couch with some takeout at the end of the day rather than prepare a healthy meal or head to the gym or outdoors for a good workout? Willpower only goes so far, right? And yours is seriously depleted. But is that true? The question “is willpower limited” is now being hotly disputed.

Known in psychology as “ego depletion,” the concept that a person has only so much willpower, and once it’s used up, restraint and resources go out the window was popularized by Roy F. Baumeister in the 1990s. 1 It’s gotten a lot of press since then, but now, it’s also getting a lot of push back.

The original theory suggested that willpower is finite because it’s connected to a limited reserve of mental energy. If you run out of energy, you’re more likely to lose self-control. In other words, if you use a lot of willpower early, you’ll have less in the tank to battle temptations later. So, it’s not your fault if you push hard at the beginning of a project, task, or goal only to falter as you “use up” your limited willpower, grit, and resilience.

People have used this concept to decrease the number of choices they have, so they don’t waste their limited resources choosing which shirt to wear or what to have for breakfast. That way, they’ll have the energy left for bigger, more important decisions, tasks, and projects.

Newer evidence, however, is taking this theory to task, questioning if ego depletion is even real, 2 despite numerous articles in mainstream media and psychology journals repeating the idea. Worse yet, believing willpower is limited could be holding you back, giving you an excuse to lose control.

It all started with the 1998 study (which, interestingly, has been cited more than 3,000 times) that asked participants to eat radishes instead of tempting chocolates and then given a draining (unsolvable) puzzle compared to another group not given the restraint. The folks who could eat the chocolate were able to stick to puzzle solving for twice as long as the ones who had to resist the chocolate. The researchers then concluded that it was because the chocolate-deniers had depleted their limited mental resources (i.e., willpower). 1

Other, newer research, however, has found that this evidence to be suspect. In fact, one study found that when four separate similar procedures were performed, there was “no evidence for significant depletion effects…” 3 Other research found, “Contrary to the ego-depletion hypothesis, participants in the depletion condition did not perform worse than control participants on the subsequent self-control task, even after considering moderator variables.” 4

The original research suggested that one way to help overcome ego depletion is to stop and enjoy a sweet treat. Sugar, it was thought, acted as a willpower enhancer. While we have nothing against enjoying a piece of dark chocolate for an afternoon pick-me-up, glucose (in the form of lemonade in the original study) appears to impact decision-making in some cases but not others. 5 – 8 In other words, the science is far from settled, likely varies by person and by situation, and depends less on the treat and more on the thoughts about yourself. (More on that next…)

Does Thinking Makes It So?

That is, your own beliefs about willpower may determine if it’s limited or unlimited. 7

People who believe willpower is limitless and that ego-depletion has nothing to do with their lives are more likely to:

Because they have more self-control, they’re likely to get better grades in school, binge less on food or alcohol, enjoy better relationships, have greater interpersonal skills, and have more secure attachments and emotional responses. 12 Those with “unlimited willpower” even benefited from increased demands and pressure by responding with increased engagement. 11

On the other side, people who believe willpower is limited are more likely to procrastinate more, eat more junk food, and spend more than they have. 11 That isn’t to say lack of self-control is always a factor—complex social issues (such as overeating, overspending, smoking, and drug abuse) can also be strongly influenced by social, economic, and policy issues, including lack of access to healthy food or safe, affordable places to exercise. 13 That, however, is another issue altogether.

When looking at your own willpower at the end of a hard day, instead of allowing yourself to give in, consider rephrasing the words of Hamlet, “…willpower is neither entirely limited nor limitless, but thinking makes it so” to help take back your power.

Willpower as an Emotion

Changing thoughts, however, is typically much easier said than done. Perhaps one of the reasons ego depletion became such a popular theory is because people often do things they don’t want to do. Energy levels and motivation dip, we can get distracted, and it’s natural for our minds to wander. Repeatedly telling ourselves to get back to work and stay focused usually doesn’t work and then just makes us feel worse.

Another researcher and professor of psychology, Michael Inzlicht has a different theory. Willpower, he suggests, isn’t a finite resource (as previously discussed). Rather, it acts more like an emotion. 14, 15 We don’t, for example, run out of happiness, anger, or fear. Instead, emotions tend to ebb and flow depending on our focus, what’s happening around us, and how we feel.

Thus, mental energy (or willpower) may be managed and better used as we mature and grow. The vast majority of us, fortunately, outgrow the temper-tantrum phase that’s so ubiquitous in toddlers. That is, we learn how to ride out negative moods and feelings. Could we then learn how to ride through moments of temptation and distraction rather than taking a break and grabbing a snack or picking up a smartphone? Can we also learn to listen to a chronic lack of willpower just as we do our negative emotions and realize we need a change of environment or new insights on how we’re spending our time?

How to Become Grittier

Grit is defined as someone’s ability to take ownership of their goals and how they strive to accomplish them, even in the face of obstacles and setbacks. It’s often linked to cognitive control or self-regulation. People with greater grit are likely better able to deal with challenging and sometimes overwhelming emotions like anger, discouragement, and frustration. 16 As a result, they’re likely to perform better academically and professionally and are less likely to quit or drop out. 17

It isn’t easy to get more grit, but some steps include:

Believing you lack self-control or willpower can be a self-fulfilling prophecy. Everyone experiences setbacks, gives in to temptations, or finds themselves lacking from time to time. Fortunately, research and real-world examples have shown that changing your internal dialogue to words of compassion and grace can help you reassess, recover, and overcome those challenging moments. That, in turn, can help you tap into your limitless willpower and potential. 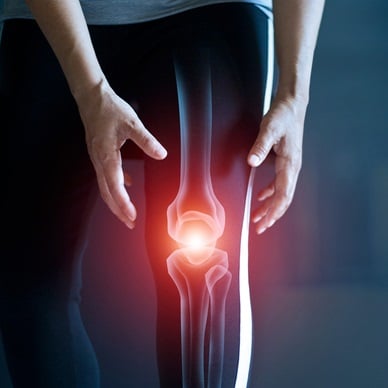 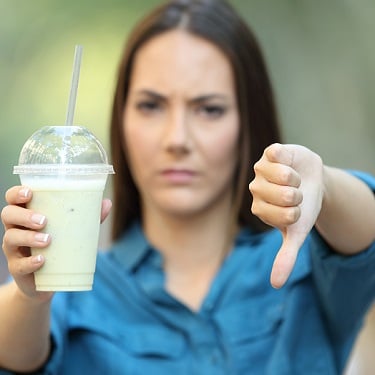