Are Gluten-Free Substitutes REALLY Better For You?

As I was growing up, my mom used to bake. A lot. When baking bread, she ground the wheat herself, used her own sourdough starter, and put lots of love into every loaf. My brother and I would often come home from school to feast on a slice of warm bread, fresh out of the oven, and slathered with rich, creamy butter. Ah… to have the metabolism of a 15 year old again…

So I hope you’ll understand my hesitancy to jump on the bandwagon when I started hearing about the “gluten-free movement.” What? Say no to mom’s bread?!

Yet it turns out, for many people, going gluten free, or at least cutting back, can be a good idea. Especially when it comes to increasing nutrient density of food, dropping fat weight, and looking and feeling lighter and healthier.

Fortunately, you don’t have to give up fresh, out-of-the-oven goodness to do so! Here’s the skinny on going gluten free (along with some delicious gluten-free substitutes).

First off, gluten is found in bread, pastries, pastas, crackers, cereal, and the like. But what is it? Quite simply, it’s a mixture of proteins found in wheat and other similar grains like barley, rye, and some oats (there are gluten-free varieties). It’s hidden in lots of common foods as it’s used to improve texture. So even if you think you’re not eating it, you might be. It’s found in a list of unexpected foods, including:

You can find gluten-free versions of many of the above, but it’s very important to read labels. You will need to navigate carefully to completely eliminate gluten. And in truth, if it comes in a box, it probably isn’t any healthier than the gluten-full version. It might even be worse!

Who Should Go Gluten Free?

There is no question: folks with celiac disease should always avoid gluten! If that’s you, you probably know who you are and don’t need to read this article. (We could have interviewed you as an expert!) Roughly one percent of the population has celiac disease, which is an autoimmune response to gluten. It causes havoc in the intestines, so nutrients aren’t absorbed as they should be. This leads to big problems like vitamin deficiencies and unhealthy, dramatic weight loss.

Other people have a genuine wheat food allergy, which can cause hives, digestion issues from cramps to vomiting to diarrhea, runny nose and sneezing, headaches, and more. These folks should also clearly avoid the allergen.

Yet the majority of people who avoid gluten are what’s known as “gluten sensitive” or “intolerant.” These people often complain of bloating, digestive issues, fatigue, headaches, inflammation, or skin breakouts when they eat gluten-containing foods.  Quite simply, they say they feel a lot better on a gluten-free diet. Estimates on the number of people who are gluten sensitive varies widely from a very small percentage to up to 20 million. There’s no real scientific consensus at this time.

What about the rest of us?

According to a 2015 Gallup Poll, 21% of Americans claim they include gluten-free foods in their nutrition plans. Are there good reasons to avoid gluten even if you aren’t celiac, allergic to wheat, or gluten intolerant?

For a good number of people, the answer can be yes. Why? Because they simply feel better when they avoid gluten-containing foods. And this type of diet can help with weight loss IF the replacements are NOT loaded with simple sugars and other unhealthy ingredients.  In addition, a number of gluten-free substitutes offer higher nutritional values and greater amounts of protein than wheat products.

The Lowdown on Gluten-Free Substitutes

As mentioned above, reaching for the gluten-free variety of processed cookies, candies, and cakes isn’t going to help you reach your weight-loss goals, get healthier, or provide the nutrition your body needs. So look for quality ingredients, prepared with love. Here are the good, the not so good, and pretty awful options you can find:

To save time and work every time you want to bake, here’s a fantastic baking mix that can be used as your gluten-free “all purpose flour” for pancakes, breads, muffins, and much more:

Measure out and mix all of the flours well and keep in an airtight container in a cool, dry place. Use to replace an equal amount of flour listed in your favorite baking recipes.

The Lowdown on Gluten-Free Substitutes

Whether you’re going gluten free because of an allergy or intolerance or you just to add variety and some nutritional powerhouses to your diet, there are numerous options on the market. Many of these gluten-free substitutes offer greater amounts of protein, vitamins, and minerals than traditional wheat flours, and it’s fun to experiment with the variety of tastes and textures they provide. After all, variety is the spice of life. 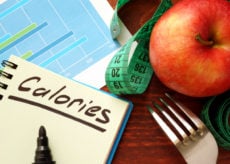 What’s More Important: What You Eat or How Much? Is Whey Protein Good for Weight Loss? See the Facts